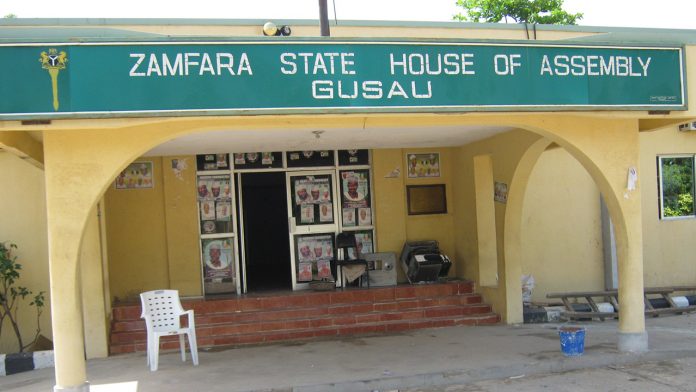 The Speaker of Zamfara State House of Assembly, Alhaji Sanusi Rikiji, on Saturday appealed to the Federal Government to provide sustainable security in the state.

Rikiji, also the Chairman of the State Government, Damage Assessment and Relief Committee, made the appeal in Zurmi, Emir’s palace while speaking on the security challenges in the state.

The News Agency of Nigeria (NAN) reports that the speaker had a meeting with the state government officials and security chiefs over the displacement people from 18 towns and villages in Zurmi Local Government Area by armed bandits.

According to Rikiji, they are in Zurmi to deliver state government’s message of relief materials to the families of the victims of attacks in some communities in the area.

“The state is under siege, what we are seeing here today is quite unfortunate, over 12, 000 people, especially women and children have been displaced from their homes by bandits.

“What we are experiencing in Zurmi town is worrisome, we are in trouble.

“We are not saved, so we are calling on security agencies to stand up and do what is right to protect our people.

“The security situation of this state requires general study system review; this situation has never happen in the history of this country.

“We did not experience this kind of crises during the civil war.

“Just few minutes ago, the Chairman of Maradun Local Government Area called and told me about another serious attack in his area.

“Some of the displaced persons died while running from their communities to Zurmi, some pregnant women delivered new babies while walking to Zurmi, new born babies have been washed with gutter water.

“As I am speaking, three districts under Zurmi emirate, in the area, are now under the control of these bandits.

“It is no longer under the control of the Nigerian government, which means that they have taken over all the land.

“We have directed the State Commissioner of Education to close all the schools in this area so that we can use the schools to accommodate these displaced people.

“Also, as I am talking to you people, all the villages of these people have been burnt down; their properties including money were also burnt to ashes.

“This is to tell you that these attacks are not for economic reason.

“These bandits are after destruction of lives and property of our people, so security agencies must wake up, you have to wake up to intervene for our people,” he said.

Earlier, the Emir of Zurmi, Alhaji Abubakar Atiku, described the incidents as worrisome and lamented the inadequacy of security personnel in the area.

Atiku urged the government to provide adequate security in the area so that the people would be able to return to their various communities.

“If we allow these people to remain in this situation, we don’t know what will happen to them because they are not saved.

“We are afraid of the future of these children, it is the responsibility of our government to protect the lives and property of these people,” he said.

Speaking, the Deputy Governor, Malam Ibrahim Wakkala, urged the indigene of the state to embark on prayers to seek Allah’s intervention to overcome the situation.

“Sincerely speaking, we don’t know how to express our anger and worry on what is happening to our people in our own state.

“Insha Allah, we are going to continue this meeting with the security agencies on how to address this situation and we must ensure that the agencies intervene,” he said.