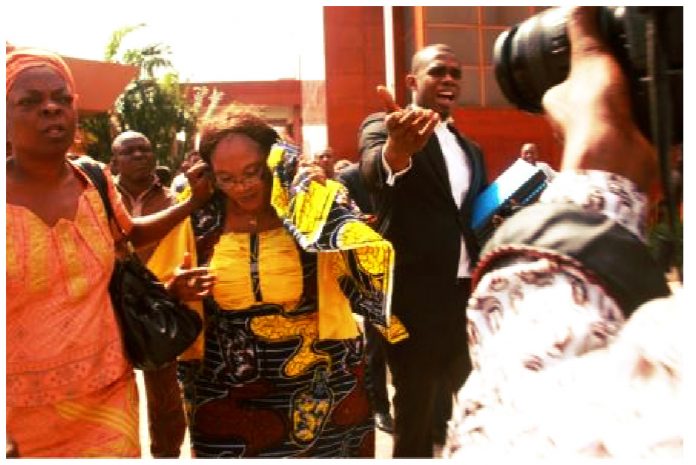 The trial-within-trial of Veronica Onyegbula, who is standing trial along with a former director at the Police Pension Office, Esai Dangabar, for an alleged N24 billion pension fraud, continued on June 20, 2018 with the Court dismissing the objection against the admissibility of her statements made to the EFCC.

Onyegbula, a former cashier in the Police Pension Office, testifying as the first defence witness, had in the course of the trial challenged the admissibility of the statements, thus necessitating the need for the trial-within-trial.

Ikeji had argued that the statements were made “involuntarily” by the witness, and so could not be tendered in court.

“My learned colleague can only argue on the procedure that the statements were taken and not the statements themselves. There is a need to look critically at the content of the documents in a bid to determine the voluntariness.”

After listening to the arguments, the trial judge, went through the statements in contention and admitted them as Exhibits D1 to D5, respectively.

It will be recalled that Dangabar and Onyegbula are standing trial along with Atiku Abubakar Kigo, Ahmed Inuwa Wada, Sani Habila Zira, Uzoma Cyril Attang and Christian Madubuke.