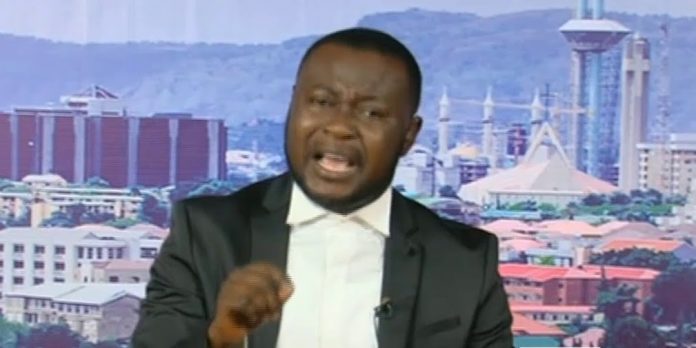 The purported endorsement of the return of a member of the House of Representatives, Wole Oke to fly the flag of the Peoples Democratic Party (PDP) in Oriade/Obokun during the 2019 general elections is a scam and false, a public interest Lawyer and aspirant for the position, Pelumi Olajengbesi, clarified on Monday.

“I am still in the race, such a false story has provoked misconception and there is need to make a reply for records sake and in the interest of the PDP. The public should kindly note that the PDP is a party whose abiding principles and policies are rooted in democracy and fair play.

“The insinuation that the party met behind closed doors in Hon. Wole Oke’s bedroom to single him out as a candidate for an elective position is a gross deviation from the letters and spirit of the party’s constitution”, he stated.

Olajengbesi, a former President, Students Union Government (SUG) at the University of Abuja (UNIABUJA), in a statement in Oshogbo said, the party executives in Oriade/Obokun Federal Constituency who were said to have endorsed the candidature of Wole Oke have adamantly refuted such claims and spoken to the contrary.

The activist also enclosed a voice statement by the PDP executives in which they said they were tricked and deceived to make the purported endorsement, only to realise some minutes after.

He said, “It has come to my notice that a certain claim in circulation has it that Hon. Wole Oke, Honourable member representating Oriade/Obokun Federal Constituency in the National Assembly has been endorsed and adopted by the leadership of the Peoples Democratic Party (PDP) in the Ijesa North Federal Constituency of Osun State as the candidate for the House of Representatives election slated for next year.

“Such story is a a scam, it is false; the clarification becomes necessary because the scam has provoked controversy. We need to make a reply for records sake and in the interest of our dear party, the PDP.

“Diligent investigation has revealed that the above claim is false, baseless and the mischief of some who do not wish the party well. The PDP executives in Oriade/Obokun Federal Constituency who are said to have endorsed the candidature of Wole Oke have adamantly refuted such claims and spoken to the contrary.

“The party leadership, through its Chairman, has also come out to debunk this news making the rounds in the media as contrived and not representing the true state of affair of the party with regards to the election for next year.”

The activist reassured his supporters that the claim that Hon. Wole Oke has been picked to the exclusion of any other contestant for the House of Representatives election “is untrue and not factual.”

“Hon. Wole Oke who has been a member of the House of Representatives since 2003 is even yet to declare his ambition to contest for the same position again within the party and we appeal to desperate characters to desist from misrepresenting facts to the public as using the back door to market Oke to the general public. Such actions do not serve the party’s interest by any stretch of the imagination.

Let it be known that the PDP has clearly laid out procedures in the build up to any and all contested elective positions. Any one interested in bearing the party’s mandate in an election is bound by the spelt-out parameters for the primaries and main election.

“Any action taken independent of such laid down procedures is contempt and in spite of the party, its constitution and its members, and would be resisted by all possible means.

“The public is advised to disregard any and all such claims now and in the weeks/months leading to the party primary as no consensus party has been adopted by the party.

“The party’s ticket is yet in contest and would be decided in favor of one of all contesting candidates in a party primary slated for later this year and conducted in a free, fair and unbiased atmosphere.

“Kindly discountenance all mischievous attempts to rubbish the party’s efforts in Oriade/Obokun. The party remains committed to equity and fair play, and we must all accept its assurances in good faith.”