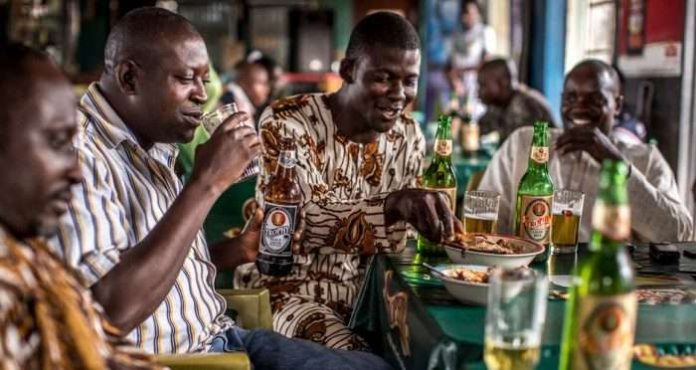 The Distillers and Blenders Association of Nigeria (DIBAN) says it rejects the new ”astronomical increase” in excise duty being imposed on domestic wines and spirits.
The Chairman of DIBAN, Chief Patrick Anegbe told newsmen on Wednesday in Lagos, that the hike was a threat to the N420 billion investment of the industry.

Anegbe said that there was no prior engagement/consultation whatsoever with the indigenous producers of wines and spirits, before adopting the new excise method.

He said that the association was particularly worried that the job of over 25,000 Nigerians plus over 250,000 connected SMEs staff were being threatened by the hike.

”For the record, the new duty approved for implementation by the Honourable Minister of Finance, translates to an increase in duty from the current average of N30 per litre to N150 in the first year and N200 per litre subsequently.

”This is an increase of over 500 per cent purely on local wines and spirits with the exclusion of all imported wines, spirits and champagne.

”We reject in totality, the highly punitive and selective astronomical hikes in duty, a purely IMF agenda being camouflaged as a health concern!,” he said.

The chairman said that the excise duty increase was an attempt by the minister to foist an IMF sponsored agenda on Nigeria, which would further compound the hardship of already impoverished Nigerians.

He said that if the implementation of the new duty hike was allowed to proceed, it would lead to obvious job losses that would result from low demand of the products.

According to him, the new hike will lead to the collapse of the indigenous wines and spirits segment and pave way for the complete take over of the market by the imported and smuggled brands.

”We are also disturbed that the new hike will not only affect the wines and spirits industry, but also other key sectors of the economy and businesses such as packaging industries, bottles, cartons, labels, cork, laminates, glue, ink, printing, laboratory, marketing, consulting, media, among others.

”We strongly hold the view that if the intention of government is to grow local industries, imposing exorbitant duties on locally manufactured goods is a contradiction of that objective.

”For the sake of emphasis, from a recent study carried out by KPMG, it was concluded that price elasticity holiday spirits/wines segment is very high such that a 10 per cent increase in price of wine will lead to about 20.9 per cent fall in demand.

”A 19 per cent increase in the price of spirit will result in a 41 per cent decline in volume and this is predominant in the low price segments which represent 78.65 per cent of the total volume.

”With over 500 per cent increase approved by the government, the damage these will cause to locally produced wines and spirits business can only be imagined,” he said.

The chairman said that the association had been very supportive of the Nigerian state through discharge of its statutory obligations – paying of relevant duties, taxes, excise, among others.

He said that prior to the announcement of the new rates in excise duty, the association had made unsuccessful frantic attempts at getting the attention of the minister before migration from the current Ad Verloren to the specific scheme.

Anegbe said that the association was not against moves by government to increase fiscal revenue.

He however, said that for governments to achieve its revenue generation plan, continued existence of the indigenous low-priced segment players was very critical.

”We are therefore using this medium to call on the federal government to halt the implementation of the new duty hikes.

”Government should hold genuine consultation with all stakeholders in the domestic wines and spirits space.

”There is need to save the jobs of thousands of Nigerians, as well as ensure the continued survival of one of the oldest indigenous industry, the wine and spirits sector,” he said.