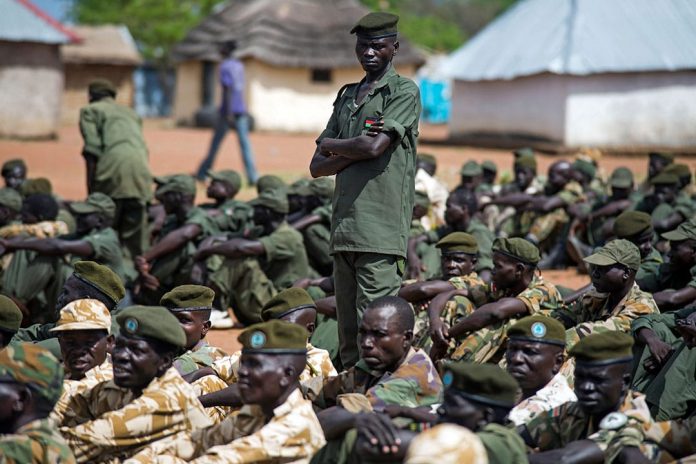 (Reuters) – South Sudan’s army massacred civilians, burned children alive and gang-raped women after a supposed ceasefire with rebels in December, according to reports by monitors appointed by the country’s East African neighbors on a five-year-old civil war.

South Sudan, which won independence from Sudan in 2011, has denied targeting civilians and called the reports, compiled in the last three months by the Juba-based CTSAMM monitoring group, exaggerated.

The reports have not been publicly released despite pledges by the leaders of South Sudan’s neighbors to name those who violated the December ceasefire and punish them.

CTSAMM released five reports on ceasefire violations within a month of the deal but has withheld its findings on other breaches since February.

A spokesman for the IGAD regional grouping that controls CTSAMM did not respond to Reuters requests for comment.

In the worst incident detailed in the reports, a group of 200 government soldiers attacked the village of Nyatot in Upper Nile state on Feb. 12. Civilian survivors interviewed said they were “shooting randomly at everything and everybody”.

Twenty-two civilians were killed and 72 wounded, the monitoring team said.

Gordon Buay, an official at South Sudan’s embassy in Washington, said troops had targeted rebels in Nyatot, not civilians.

“Any civilian killed in that was not intentional. It was crossfire,” he told Reuters.

FILE PHOTO: South Sudanese children released by armed groups attend a ceremony in the western town of Yambio, South Sudan February 7, 2018. REUTERS/Denis Dumo/File Photo
In an attack on the town of Modit in Jonglei state on Feb. 26, government forces razed buildings, looted a Christian charity and killed five people, including four children burned alive when the hut where they had sought refuge was torched, one of the reports said.

“Soldiers stood at the door of the (hut) to ensure the children remained inside and they were eventually burnt to death,” the report said.Buay said that allegation was “politically exaggerated”.

Although the reports blame government forces for the vast majority of documented abuses, one blamed Machar loyalists and another rebel group for fighting that led to civilian deaths.

Another report accused Machar rebels of using child soldiers around the northwest town of Wau.

A spokesman for Machar, who has been under de facto house arrest in South Africa for the last 18 months, questioned the accuracy of the report, saying the commander of the unit may have gone rogue.

“We are not in touch with that guy,” the spokesman said.

Tens of thousands have been killed in South Sudan’s war, which began in December 2013 with fighting been soldiers loyal to President Salva Kiir, an ethnic Dinka, and Machar, an ethnic Nuer.

Reports of ethnically targeted violence and killing have been widespread and a third of South Sudan’s 12 million people have fled. Parts of the country experienced famine last year.

Talks in Ethiopia to revive a failed 2015 peace pact broke down last week.