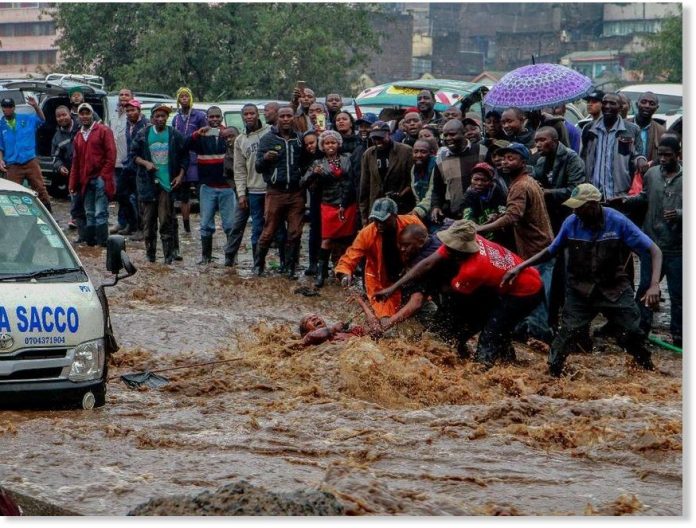 The Kenya Red Cross says that at least 100 people have been killed and 242,000 displaced by four weeks of floods, landslides and heavy rains.

The relief organisation called it a humanitarian disaster which needs emergency funding.

Most of those affected had their homes either swept away or submerged by flood waters.

Most victims have had to be resettled in schools and the organisation says they have been overstretched by the crisis.

Its Secretary General, Abbas Gullet, said they are greatly concerned about outbreaks of cholera and other waterborne diseases.

Much of the country has been affected although the meteorological department says some parts of north-eastern Kenya have seen the heaviest records of rainfall in two decades.

A new school term is due to begin on Wednesday but hundreds of schools will remain closed in this region.

In neighbouring Somalia, more than 250,000 people are displaced after two of the largest rivers in the central region, the Shebelle and the Juba, burst their banks, flooding nearby towns and villages including Beledweyne and Baidoa towns.

This is the rainy season in both Kenya and Somalia but regions recovering from recent drought are struggling to cope with the unusually heavy downpour.