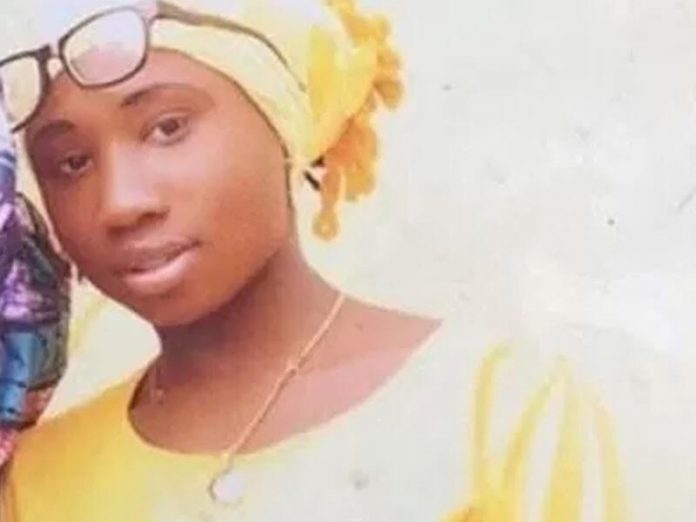 Methodist Church Nigeria has condemned the seemingly lackluster attitude of the Federal Government over the release of Leah Sharibu, the only Christian Dapchi School girl.
The Church in a communiqué at the end of her 6th annual Synod of the Church held at the Holy Ghost Methodist Church, Suleja, Niger State noted that the development has increased the fear among Christians that there is a hidden agenda to disadvantage Christianity, as a religion in the country.

The communiqué jointly signed by the Methodist Bishop, Diocese of Kubwa, Rt. Revd Dr Chikwendu Ogan Igwe, the Synod Secretary, Very Revd Victor Agoh and the Lay President, Sir Barr. Friday Ekpety urged the government to ensure the unconditional release of Miss Leah Sharibu, and all the remaining Chibok girls and all others still in captivity in the custody of the Boko Haram insurgents.

Synod also mandates all Christians across the country to continue to pray, trusting God for His promise to do a new thing in Nigeria by restoring peace and stability in our polity as He is a God that does whatever He says He will do.

It would be recalled that about 106 students were kidnapped at Dapchi Government Girls’ Science and Technical College by Boko Haram insurgents on February 19, 2018.

Meanwhile, Synod-in-Session commended the Federal Government under President Muhammadu Buhari, for continuity in some areas of governance as they have not abandoned some of the roads and railway projects started by the last administration led by Dr Goodluck Ebele Jonathan.

Synod urged Government to tackle the menace of Fulani herdsmen across the country decisively by aggregating immediately all Fulani herdsmen into ranches where the technique of modern pasture, water points, feeds, etc, will be practiced to promote peace and unity among Nigerians.

Synod also appreciated the efforts of the Federal Government of Nigeria and the security apparatus to bring under control the renewed dangerous activities of these insurgents while urging the government to do more to curtail the menace absolutely and totally by recruiting more security personnel and ensuring that community policing is authorized by law.

Synod advises that State Governors should be given the opportunity to control the Police Force in their States for effective security, in view of the incessant mindless killings by Fulani herdsmen across the nation.

Synod noted with regrets, the spate of violence in the country orchestrated by pockets of agitations from various groups such as the Avengers, Indigenous People of Biafra (IPOB), Ijaw National Congress (INC), Oodua People’s Congress (OPC), Arewa Youth Congress and Consultative Forum, amongst others.

Synod bemoaned the spate of youth unemployment in the country and urged the Federal Government to provide an enabling environment for the youth so that they would not have anything to do with arms taking, hate speeches and all forms of violence.

According the Church, “most parts of Nigeria have been made uninhabitable due to insecurity and other life-threatening challenges and our young ones and adults have been exposed to danger and uncertainty. As a result, there has been an unprecedented emigration to even countries that are not as well-endowed as Nigeria, including Libya. Synod therefore calls on the Nigerian Government to stem this ugly trend.”

Synod called on Government to stop paying lip-service to the problems of the Niger Delta as that area constitutes the geese that have been laying the golden eggs.

The Church also wants Government to address the lop-sided and uneven development in various parts of Nigeria in order to give all Nigerians a sense of belonging. In this regard, Government should give clear directives for the modern Railway infrastructure to capture the Southern part of Nigeria adequately.

Synod also noted the epileptic electricity supply nationwide in spite of the acclaimed 7,000 megawatts purportedly being generated by the present administration, and advises that Government should take realistic steps to ensure that Nigerians feel the impact of the humungous expenditure committed into this sector in the last 20 years, if not, the whole achievement may be a fluke.

Synod noted the well-articulated 2018 National Budget Proposal, tagged Budget of Economic Recovery and Growth Plan (ERGP), presented by Mr. President to the Joint Session of National Assembly in December 2017 which is yet to be passed. Synod, therefore, urged the National Assembly to expedite action to pass the budget to stimulate the economy in order to better the lots of the suffering Nigerians.

Synod urged all Christians to embark on effective and vigorous evangelism without fear or favour, irrespective of the environment, adding that the Church is encouraged to organize open air crusades for the purpose of planting new churches.

Synod urged Methodists to assist the political class to establish righteousness in governance with the fear of God and fair play for the good of the nation.
On the Politics of 2019 general elections, the Synod expressed concern over the conflicting signals and rising tension all over the country, insisting that the election umpire – the Independent National Electoral Commission (INEC), all Political Parties and their supporters, and politicians should ensure that they play the game according to the rules and regulations governing the game of politics.

“The Independent National Electoral Commission (INEC) should make every effort to ensure a credible, free and fair election in the 2019 General Elections,” it added.