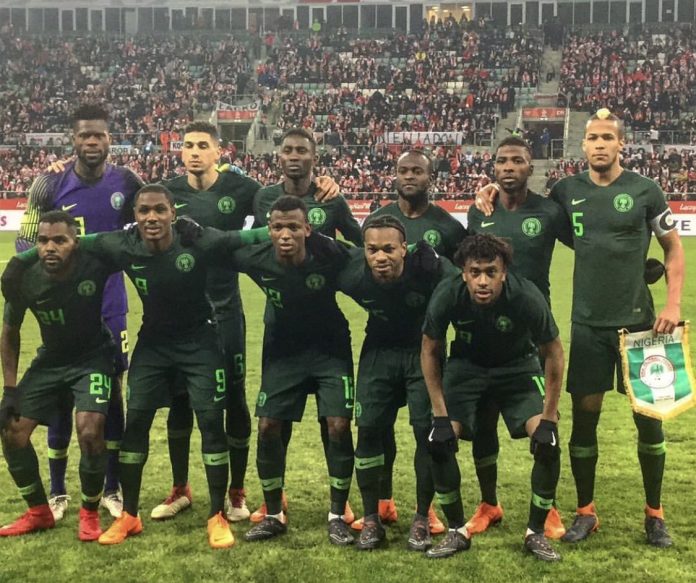 The Super Eagles of Nigeria have been ranked at number 23 among the 32 teams taking part at this year’s World Cup that will go far, according to British newspaper, The Mirror.

Super Eagles Group D opponents at the 2018 World Cup, Argentina, Iceland and Croatia were all ranked ahead of the three-time Africa Cup of Nations winners.

Argentina are ranked at number four, Croatia was placed at number 12, while Iceland was one place ahead of the Super Eagles at number 22.

Commenting on the Super Eagles chances in Russia, The Mirror wrote:”The Super Eagles are set to take a young squad to the finals, with captain John Obi Mikel the only guaranteed starter over 30.

“In Victor Moses, Ahmed Musa, Kelechi Iheanacho and Alex Iwobi, they are blessed with plenty of pace and goal threat in attacking areas, but their defence looks weak and the retirement of long-time keeper Vincent Enyeama remains a loss.

“Nevertheless, Gernot Rohr ensured they were the first African side to book their place in Russia, but the draw wasn’t kind to a side who reached the last 16 four years ago.”

In other rankings, reigning champions Germany was the number one ranked team to go very far, in second position is Spain, Brazil are in third position and France in fifth spot.

Mirror’s rankings of 2018 W/Cup teams that will go far: