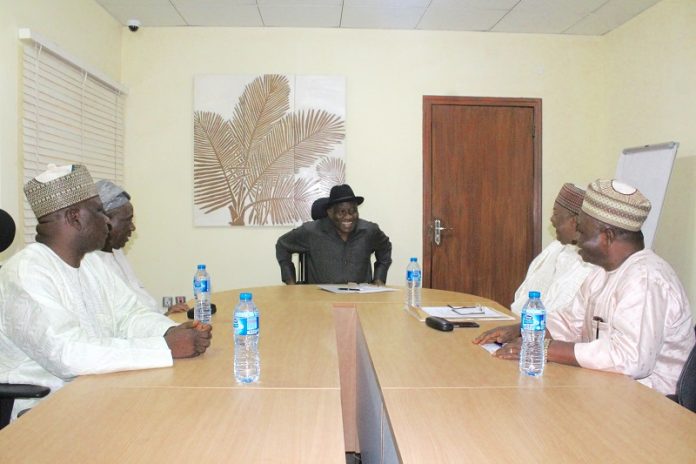 The honour was bestowed on the former President on Thursday when he received a delegation of the association led by its chairman, Deputy Comptroller M. M. Ahmed (Retd.) in his office in Abuja.

Speaking during the visit Ahmed revealed that the decision was taken as a result of President Jonathan’s “past record of once being a Customs Officer and also for total commitment and support to Customs Service during your tenure as President of Federal Republic of Nigeria.”

While welcoming the delegates the ex-President recalled that he had served in the Nigerian Customs Services in his early years, and thanked members of the association for recognizing him as their Grand Patron.

“I can say that my knowledge and understanding of the Nigeria Customs helped me to take deep interest in the operations of the service during my time as President.”

The association which has its members drawn largely from retired Comptrollers and above, serves as a platform that protects the interest of Customs retirees and contributes to the development of the service.