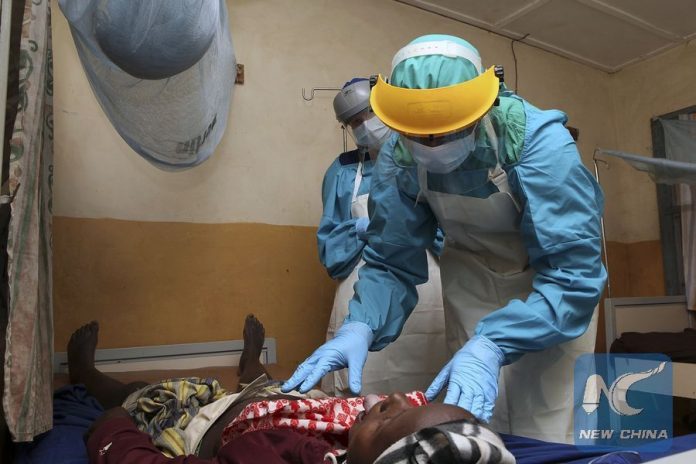 The World Health Organisation, WHO Nigeria, says it has deployed Polio personnel to rapidly contain the outbreak of Lassa fever in more than 18 states.

Ms Charity Warigon, Communication Officer, WHO Nigeria said this in a statement on Thursday in Abuja.

“For the Lassa fever response, 271 are involved in active case search, 235 in contact tracing and 320 in community sensitisation activities in the 18 states active states.

According to her, from Jan. 1 to March 4, a total of 1,121 suspected cases of Lassa fever have been reported across 18 states.

“Of these, 353 are confirmed positive, eight are probable, 723 are negative and 37 are awaiting laboratory results.

“Since the onset of the 2018 outbreak, there have been 110 deaths: 78 in positive-confirmed cases, 8 in probable cases and 24 in negative cases. Case Fatality Rate in confirmed and probable cases is 23.8 per cent.

Wrigon quoted Dr Wondimagegnehu Alemu, WHO Country Representative to Nigeria as saying that the polio infrastructure was originally designed towards achieving the polio eradication goals.

Alemu said that 2500 WHO personnel and 390,000 ad hoc personnel are supporting polio eradication in Nigeria.

“With the imminent eradication of polio globally, plans are underway to determine how best to transition polio assets including health workers to retain their knowledge and skills,’’ Alemu said.

She also quoted Dr Emmanuel Musa, in Nigeria as saying that the polio teams on ground in the states were crucial for mounting the initial response to the Lassa fever outbreak.

“Huge investments by donors and partners have gone beyond polio eradication to saving lives and impacting positively on people’s health.

“WHO and other partners are currently supporting the National transition plan development to ensure these investments are not wasted, but made available to support other National public health efforts and priorities,’’ he said. (NAN)