On Wednesday, March 14, 2018, the Federal Executive Council (FEC) approved that Nigeria should sign the framework agreement for the establishment of African Continental Free Trade Area (AfCFTA) during the Extraordinary Meeting of African Union Heads of State and Government to be held on March 21, 2018, in Kigali, Rwanda.

Here is what you need to know on AfCFTA:

• The decision to establish the African Continental Free Trade Area (AfCFTA) was taken in 2012 by all Heads of State and Government of the African Union (AU) at their 18th Ordinary Session.

• AfCFTA is the first step in the implementation of AU Agenda 2063: the “Vision” for an integrated, prosperous and peaceful Africa.

• Actual Negotiations for the AfCFTA were launched at the AU Johannesburg Summit in 2015.

• The Negotiations are in two Stages: Stage 1, covering Trade in Goods and Services; and, Stage 2, covering intellectual property, competition policy and investment.

• The Agreement to establish the AfCFTA will launch the “Single Liberalized Market for Trade in Goods and Services”.

• At launch and when in force, the AfCFTA shall be the largest Free Trade Area (FTA) in the global economy, by number.

• The AfCFTA is a negotiated rules-based system, to establish the rule of law in trade, deepen, and expand intra-Africa trade from its very low base of 14%.

FOR NIGERIA, the gains are significant. The AfCFTA would:

2. Eliminate barriers against Nigeria’s products and provide a Dispute Settlement Mechanism for stopping the hostile and discriminatory treatment directed against Nigerian natural and corporate business persons in other African countries.

3. Establish rules-based trade governance in intra-African trade to invoke trade remedies, such as safeguards, anti-dumping, and countervailing duties against unfair trade practices, including dumping, trans-shipment of concealed origin of products.

4. Support the industrial policy of Nigeria through the negotiated and agreed “Exclusion and Sensitive category lists” to provide space for Nigeria’s infant industries.

5. Improve competitiveness, the enabling environment for business, consolidate and expand Nigeria’s position as the number 1 economy in Africa.

6. Stimulate, specifically, an estimated 8.18 percent increase in Nigeria’s total exports, with a small structural shift in Nigeria’s economy towards manufacturing and services. This is expected to lead to a total increase in Nigerian economic welfare by 0.62% – equivalent to around US$2.9 billion in 2018 terms. Changes would result from tariff reduction, ease of doing business and, trade facilitation.

7. Provide a platform for Small and Medium Enterprises (SMEs) integration into the regional economy and accelerate women’s empowerment.

8. Provide an expanded platform for Nigerian manufacturers and service providers for connection to regional and continental value chains.

• For Africa, the benefits are considerable. The AfCFTA would:

1. Cover a market of 1.2 billion Africans with a combined GDP of US$2.5 trillion.

2. The AfCFTA is expected to increase intra-African trade by up to 52.3%.

3. Enable all AU countries to share in the welfare gains, which are estimated at around 2.64% of continental GDP – roughly $65 billion in 2018 terms.

6. Expand the size of Africa’s economy to US$29 trillion by 2050, as estimated by the United Nations Economic Commission for Africa.

Office of the Special Adviser to the President 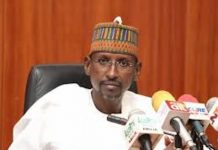 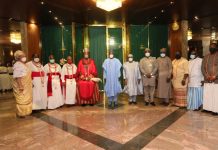