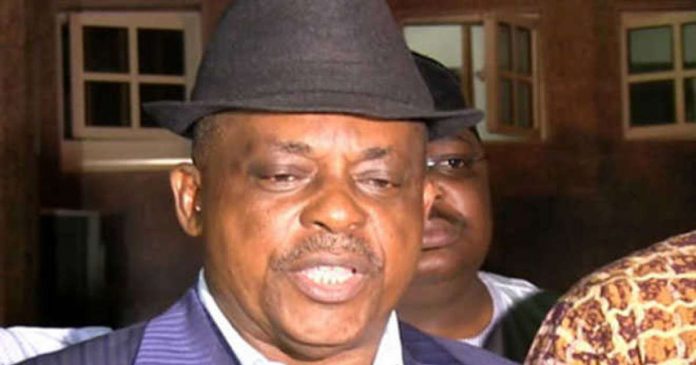 Secondus gave the advice on Saturday at the inauguration of the 8.4 kilometres reconstructed Ughelli-Afiesere-Ofuoma road project in Ughelli North Local Government Area of Delta.

The party chairman, while commending the developmental stride of the PDP state governments, urged the APC state governors to emulate them.

He said Gov. Ifeanyi Okowa of Delta had impacted positively on the people through his people-oriented projects and urged the people to give him the maximum support.

“Gov. Okowa has proven to be among the best governors in the country through the execution of developmental projects with direct positive impact on the lives of the people.

“The only way to develop the Niger Delta region is through the construction of roads as demonstrated by the governor.

“So, I will implore the people of Delta to intensify their support for Gov. Okowa for more development projects,” he stressed.

In his remarks, Gov. Okowa said that the state government was linking up the entire state with the construction of roads, which would have a multiplier effect on the economy and also promote ethnic integration among groups in the state.

He said that the government had a well mapped out policies and programmes, particularly in the health and education sectors, assuring the people that his administration was committed to meeting their needs.

In his address of welcome, the Chairman of Ughelli North Local Government Area, Mr Godwin Adode thanked Gov. Okowa for the project, saying it would help to boost the economy of area. (NAN)