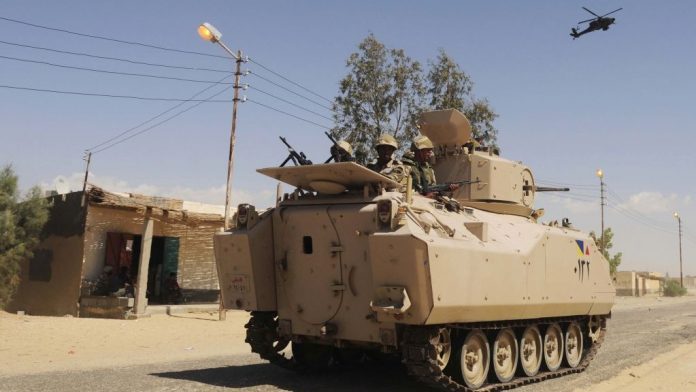 Egyptian forces have killed 15 terrorists during anti-terror raids in North Sinai Province northeast of the capital Cairo, a military spokesman said on Wednesday.

According to the statement, the raids destroyed 181 mountain huts, hideouts and warehouses containing explosives and chemicals used for making improvised explosive devices.

The army forces launched a massive anti-terror operation on Friday and have killed 53 terrorists until Wednesday, while the police forces have killed 13.

The operation mainly targets the Islamic State (IS) militants in the restive North Sinai bordering Israel and the Palestinian Gaza Strip.

It also covers the Nile Delta provinces and the western borders with eastern war-torn Libya.

The northern part of the Sinai Peninsula has been the centre of terrorist attacks that killed hundreds of policemen and soldiers following the military removal of former Islamist President Mohamed Morsi in July 2013 in response to mass protests.

Terror attacks later extended to several other provinces including Cairo and started to target the Coptic minority via church bombings and shootings.

Most of the attacks were claimed by Wilayat Sinai, a Sinai-based IS-affiliated group.

Terrorists in Egypt have, apart from targeting security personnel and Copts, they attacked a mosque in North Sinai’s Arish in November 2017, killing at least 310 Muslim worshipers and injuring more than 120 others.

No group has yet claimed responsibility for the mosque attack, the deadliest terror attack and the first against a mosque in Egypt’s modern history.

Egyptian security forces have so far killed hundreds of terrorists and arrested thousands of suspects during the anti-terror war declared by Sisi, the army chief then, following Morsi’s ouster in 2013.

The anti-terror “Comprehensive Operation Sinai 2018” comes weeks before Egypt’s 2018 presidential elections scheduled for March, where incumbent President Sisi is expected to make an easy win for a second term because of lack of strong rivals in the race. (Xinhua/NAN) 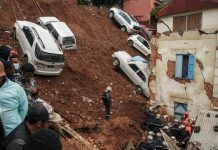 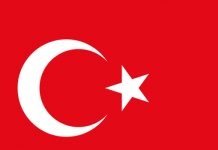