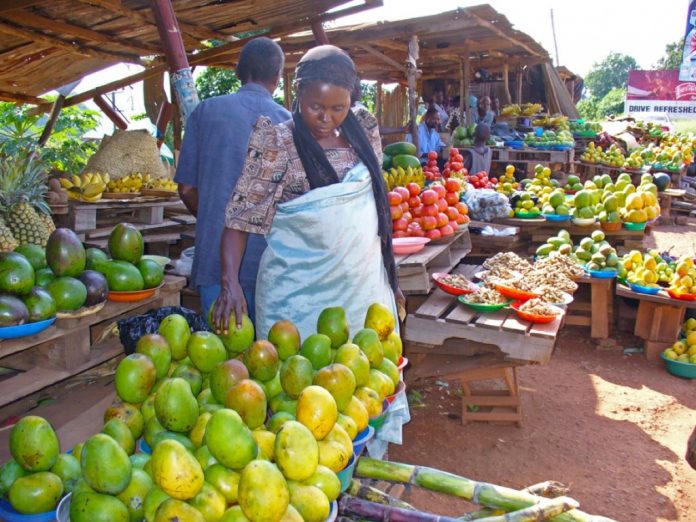 By Akanimo Sampson,
Abuja
THE European Union (EU) is currently pulling severe diplomatic strings on the Federal Government of Nigeria for a larger chunk of the country’s markets.
Using the instrumentality of the Economic Partnership Agreement (EPA), the European power bloc wants Nigeria to liberalise over 80 per cent of her markets to their member countries within 10 years of the trade deal coming into force.
Europe’s seeming desperate battle for Nigeria’s markets is not going down well with civil society groups who are not comfortable with the hidden intents of the trade deal.
Though Nigeria is yet to sign the Agreement, the deal which was finalised in 2014, was however, inspired by the EU with the aim of dismantling restrictions between it and the Economic Community of West African States (ECOWAS).
The Programme Officer of Social Development Integrated Centre (Social Action) Botti Isaac, one of the civic groups pressing Nigeria not to endorse the EPA said in Abuja, the country’s capital city that the pact was introduced by the EU to control its trading with regional blocs that are part of the African, Caribbean and Pacific Group of States (ACP).
Those who know better say the EPAs are legally binding contracts that are part of the scheme to create a Free Trade Area (FTA) between the EU and the ACP groups, such as ECOWAS. ”Once signed, EPAs warrant that within a decade, about 80% of the African countries’ market is opened to European goods and services”, Isaac said.
The key objectives of the EPA between the EU and ECOWAS, as spelt out in Article 1 (1) of the ‘Agreement’ include:
(a) to establish an economic and trade partnership to achieve rapid and sustained economic growth that creates employment; to reduce and then eradicate poverty; to raise living standards; to achieve full employment, diversify economies and raise real income and output in a way that is compatible with the needs of the West African region while taking account of the Parties’ different levels of economic development;
(b) to promote regional integration, economic cooperation and good economic governance in the West African region;
(c) to increase intra-regional trade and encourage the formation of a unified and efficient regional market in West Africa;
(d) to contribute to the harmonious and progressive integration of the West African region into the world economy, in accordance with its political choices, its priorities and its development strategies;
(e) to strengthen economic and trade relations between the Parties on a basis of solidarity and mutual interest in accordance with World Trade Organisation (WTO) obligations, in a way that takes account of the significant difference in competitiveness between the two regions.
Article 2(1) of the Agreement emphasises the fundamental principle on which the EPA is based which include equality of partners, global participation (states and non-states actors), dialogue and regionalisation.
For Nigeria to benefit from the EPA, the assumption is that there would be a fair trade. But according to Social Action, ”by the rule of ‘fair trade’, each trade partner should have equal opportunity and benefits that arise from unbiased consideration of the strength and weaknesses of the parties involved. The EPA does not observe this but is rather characterised by several flaws that have the capacity to undermine the growth of African markets”.
An international non-governmental organisation, Oxfam had earlier reported, ”an unfair rule can be a source of increasing poverty and exclusion, while a fair rule should be a source of shared prosperity and development. The EPA is far from being fair.”
Their report pointed out that the rules of international trade are manipulated in favour of the EU countries. According to the report’s analysis, using the Double Standard Index which measures gap between the free trade principles espoused by EU countries and their actual protectionism policies, free trade principles being promoted by the EU contradicts itself in its own protectionism policies.
For instance, the EU protectionism tariffs makes it difficult for developing countries like Nigeria to export agricultural products like sugar, dairy products and beef unless they have preferential tariff concessions under a particular regime.
EUs sanitary and physiosanitary regulations are also used to deny access into its markets.
In this case, EU protectionism includes those measures it has taken to protect its member states and domestic economies from the effect of unfavourable trade balances.  In other words, the EU often manipulates its protectionism policies to favour the EU countries to the detriment of the ACP countries in international trade.
The EPA, thus, establishes a skewed relationship in favour of the EU and to the detriment of African economies. That accounts for the reason why it is the EU that drives the negotiation, dictates the rules, enforces them and dole out punishment to partners who breached them.